Hundreds of people were displaced on Sunday after heavy rain caused flooding in communities in at least four local government areas in Jigawa state.

The head of the State’s Emergency Management (SEMA), Sani Ya’u, said the government is taking measures to mitigate the effects of the flood.

PREMIUM TIMES noticed hundreds of people including women and children and their livestock taking refuge at relatively safer places in the Karnaya community in the Dutse council area.

This newspaper earlier reported how the flood washed away a bridge in the Gwaram Local Government Area.

The bridge is strategic because it is along the highway connecting the area to communities in Kano State and parts of the Northeast region.

Last year August, the bridge collapsed killing at least 21 people among whom were applicants to the military who were returning home.

In a late Sunday statement, the police announced the collapse of another bridge in Birnin Kudu, Local Government Area.

“This is to notify the member of the public that, Birnin Kudu Main Bridge has collapsed, following the excessive rainfall throughout this week. Road users are warned to look for alternative roads please, the police spokesperson, Lawan Adam, said.

In the Karnaya community, residents said over 500 structures, mostly mud houses, were washed away by the flood. One of the leaders of the community, Bala Adamu, told reporters that residents are now sheltering at filling stations and a school in the community.

“The flood began around 11 pm yesterday. We all came out to save what we can. Over five hundred houses have been affected. Now our people are taking refuge at a school and some filling stations that are not affected, but they can’t contain us.

He added that the flood broke the sand embarkment they provided to protect the town.

The flood in the area also submerged the highway that links Babura, Garki, Kazaure, Gwiwa, and Yankwashi, council areas. 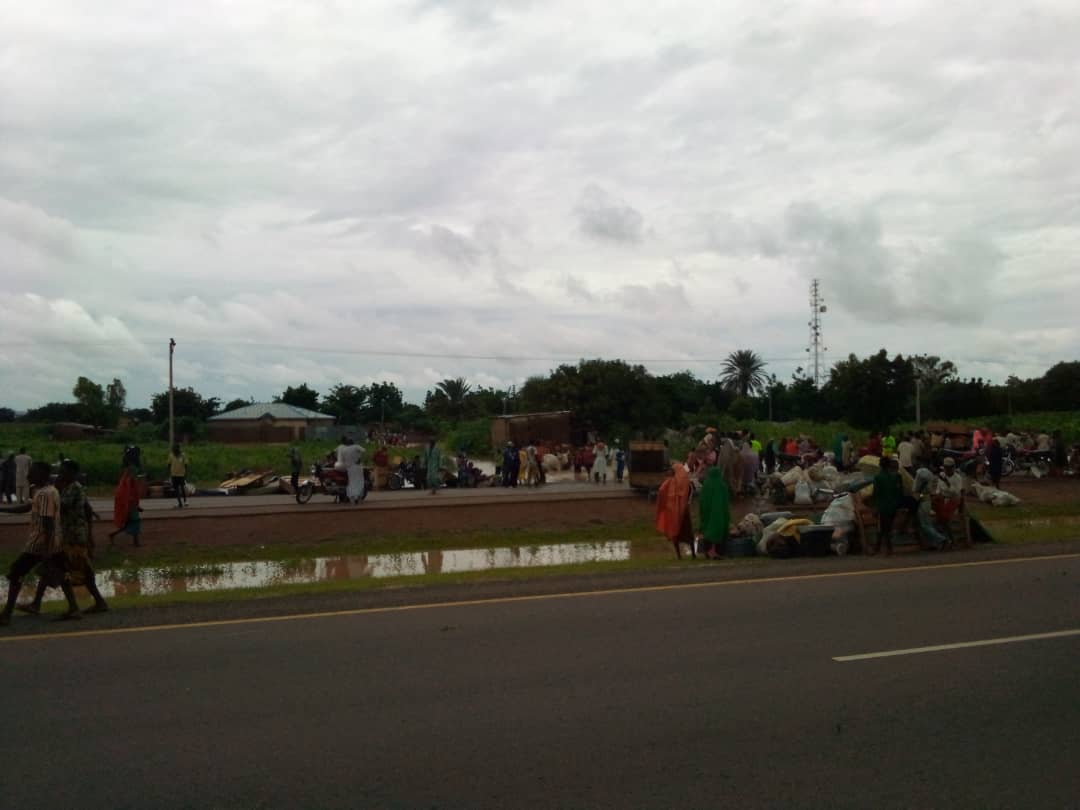 “Thousands of farmlands and crops were destroyed by the flood across the council area”, the council chairman said.

“For now, there is no road from Birnin Kudu to Bauchi state because the main bridge in Birnin Kudu town has been cut off by the flood,” Mr Ya’u said.

“The flood disaster is spreading across the state, we are putting up road signs to notify people about the conditions of the bridges to avoid unwanted scenarios.

“For the displaced people, we are advising people to evacuate to safer places and that is what we can for today (Sunday),” he said.